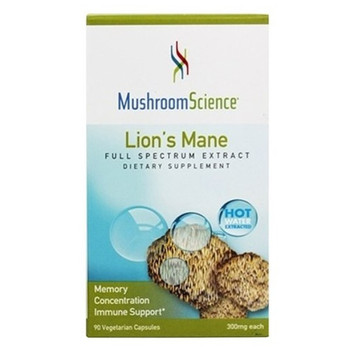 Lion's mane may benefit older adults with mild cognitive impairment, according to a small study published in Phytotherapy Research in 2009. For the study, researchers assigned 30 older adults with mild cognitive impairment to take either lion's mane extract or a placebo every day for 16 weeks. In cognitive tests given at weeks eight, 12, and 16 of the study, members of the lion's mane group showed significantly greater improvements compared to members of the placebo group.

In a more recent study (published in Biomedical Research in 2011), scientists examined the effects of lion's mane on brain function in mice. Results revealed that lion's mane helped protect against memory problems caused by the buildup of amyloid beta (a substance that forms the brain plaques associated with Alzheimer's disease).4 Studies have also shown a possible neuro-protective effect against ischemic stroke.

Lion’s Mane Mushroom is one of the most interesting medicinal mushrooms: the tea made from Lion’s Mane mushrooms has been used for centuries in traditional Japanese herbalism, primarily as a “tonic.” The modern scientific research now tells us it was the beta glucans in the mushroom tea that were in fact offering immune support, among other health benefits.*

All of the research on Lion’s Mane mushroom, as well as all of the recorded use in traditional Chinese and Japanese herbalism, has involved the use of hot water extracts.